Title: Ice
Pairing: YunJae
Rating: NC-17
Length: Chaptered
Genre: AU, fluff, romance, mild angst, drama
Disclaimer: I don't own anything apart from the story. I wish I had YunJae and if I had my way, they'd move to New Zealand so they can be civil-unionised here

AN1: I’m not sure when I can finish the second part… will try for Friday. I would’ve finished it but fucking Kim Jaejoong happened on Twitter and as usual, he derails me completely ugh!!!!!!!!!!!! And I can’t write anymore today cos going out.

AN2: This banner was done by taigrin on LJ! 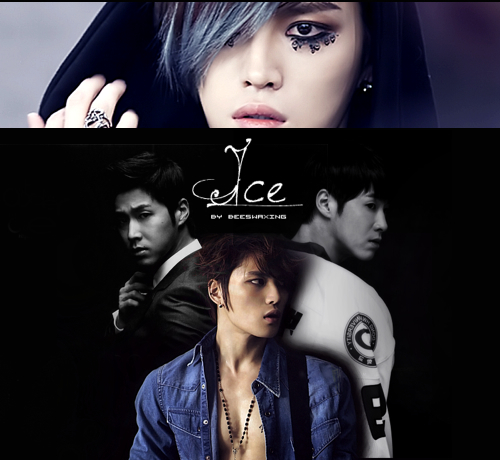