Title: Sleeping Beauty drabble: Ouchie...
Pairing: YunJae
Rating: G
Length: Drabble
Genre: AU, fluff, slice of life
Disclaimer: I don't own anything apart from the story. I wish I had YunJae and if I had my way, they'd move to New Zealand so they can be married here :P

AN1: LMAO… Those who follow me on Twitter know where this came from. Changmin injured himself on Cool Kiz and I was in the middle of writing ICE but then Minnie Ball IS REALLY FUCKING LOUD so I answered his howling and you get a drabble ;-) Wrote it in half an hour so i'm sorry in advance for mistakes!

AN2: Un-betaed and although this is from my Sleeping Beauty verse, you don't need to have read it. All my oneshots and drabbles for the Sleeping Beauty universe can be found HERE 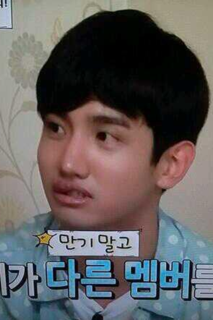 Title: Ice
Pairing: YunJae/JaeHo
Rating: NC-17
Length: Chaptered
Genre: AU, fluff, romance, mild angst, drama
Disclaimer: I don't own anything apart from the story. I wish I had YunJae and if I had my way, they'd move to New Zealand so they can be civil-unionised here